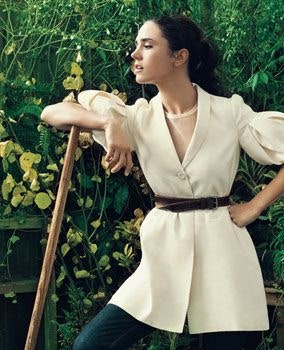 She’s an Oscar winner, a philanthropist and a mother. Take a look back at how Jennifer Connelly made her way from a child actor to an Oscar-winning movie star.

I knew some things about Jennifer Connelly before meeting her. I knew she was beautiful—it would be difficult not to note that. In person her blue eyes are searing, her small frame at once vulnerable and fierce. I knew she had won an Academy Award for her role in 2001’s A Beautiful Mind, and after seeing 2003’s House of Sand and Fog, it was clear to me she was willing to go to dark, disturbing places as a performer. I had read she lived in Brooklyn, but I didn’t think intense, in-your-face New Yorker when I thought of Jennifer Connelly. But I honestly didn’t have any real idea who Jennifer Connelly was. Maybe this is an indication that she is a true actor, able to dissolve into characters without an obligation to a home base; maybe it’s her intense obsession with privacy.