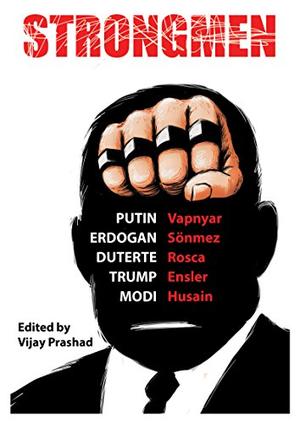 Five noted writers and thinkers profile five of the world’s leaders. For some of us, these leaders are heroes; for others, villains; for all of us―strongmen.

We’re edging towards a new kind of global fascism driven by aggression and strident nationalism. In this energetic, focused book, a group of five accomplished writers confronts five would-be dictators.

Danish Husain, Indian storyteller and actor, finds himself recounting the story not only of Indian Prime Minister Narendra Modi, but also of the ascension of the extremism of the Sangh Parivar.

Lara Vapnyar, Russian-American novelist and journalist, ponders the Stalinist origins of the Supreme Leader of All the Russias.

Ninotchka Rosca, Filipina feminist novelist, unravels the macho world of Rodrigo Duterte.   These essays do not presume to be neutral. They are by partisan thinkers, magical writers, people who see not only the monsters but also a future beyond the ghouls. A future that is necessary. The present is too painful.