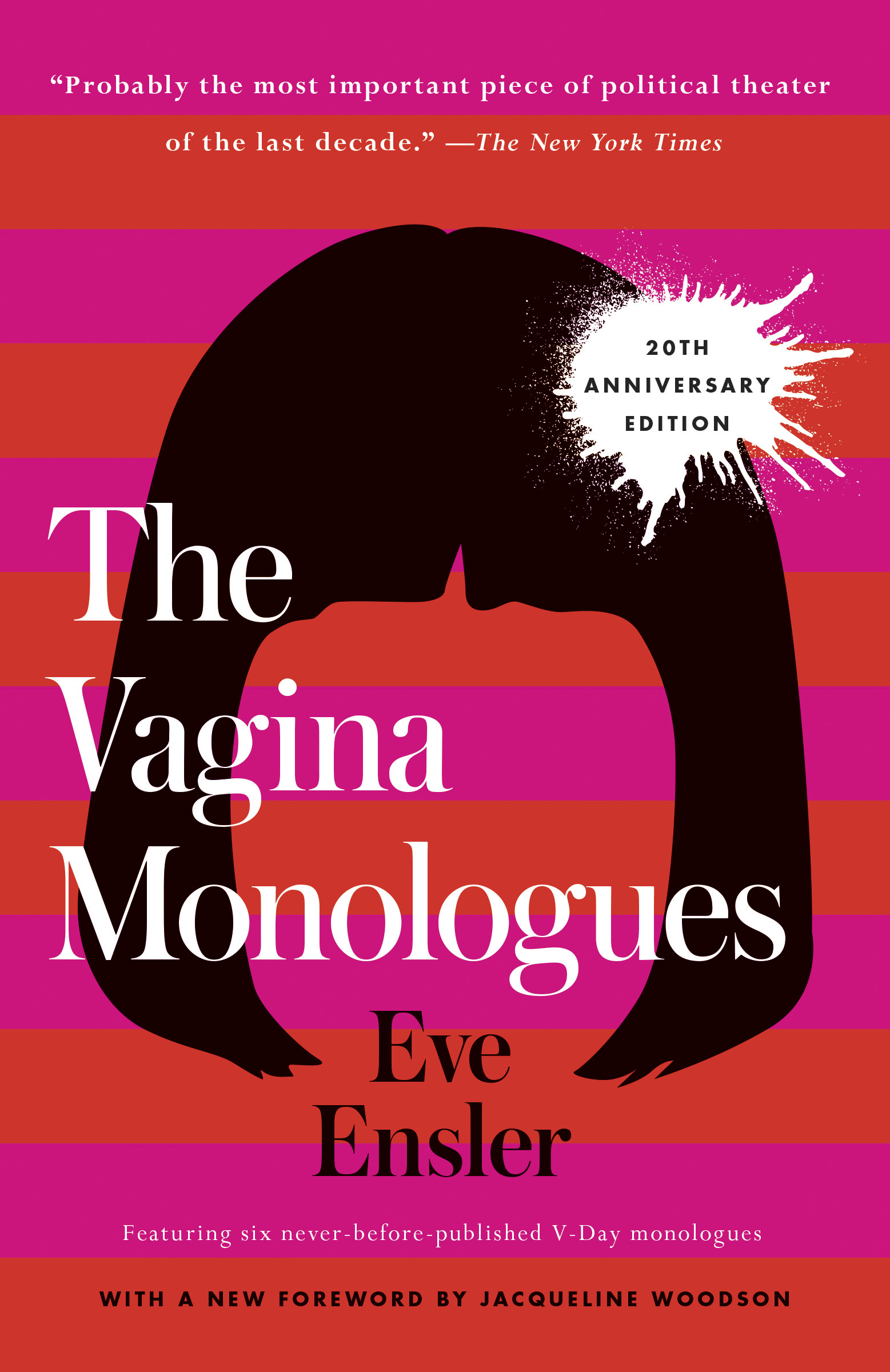 It’s been more than twenty years since Eve Ensler’s international sensation The Vagina Monologues gave birth to V-Day, the radical, global grassroots movement to end violence against women and girls. This special edition features six never-before-published monologues, a new foreword by National Book Award winner Jacqueline Woodson, a new introduction by the author, and a new afterword by One Billion Rising director Monique Wilson on the stage phenomenon’s global impact. Witty and irreverent, compassionate and wise, this award-winning masterpiece gives voice to real women’s deepest fantasies, fears, anger, and pleasure, and calls for a world where all women are safe, equal, free, and alive in their bodies

Ensler’s hilarious, eye-opening tour into the last frontier, the forbidden zone at the heart of every woman. Adapted from the award-winning one-woman show that’s rocked audiences around the world, this groundbreaking book gives voice to a chorus of lusty, outrageous, poignant, and thoroughly human stories, transforming the question mark hovering over the female anatomy into a permanent victory sign. With laughter and compassion, Ensler transports her audiences to a world we’ve never dared to know, guaranteeing that no one who reads The Vagina Monologues will ever look at a woman’s body the same way again.

“Probably the most important piece of political theater of the last decade.”

“Spellbinding, funny, and almost unbearably moving . . . both a work of art and an incisive piece of cultural history, a poem and a polemic, a performance and a balm and a benediction.”