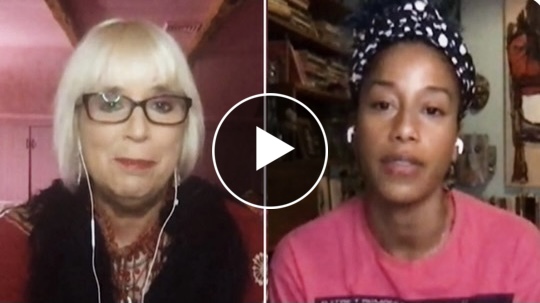 Amid a global rise in domestic violence during the pandemic, we speak with the founder of V-Day, a day of action to fight violence against women. V, the award-winning playwright of “The Vagina Monologues,” formerly known as Eve Ensler, says organizers around the globe are finding ways to fight back. “I’m so moved to see our grassroots women movements around the world finding ways to rise in spite of people being locked in and shut in and in spite of COVID,” she says. We also speak with blues poet and organizer Aja Monet, V-Day’s artistic creative director, who says Black women are particularly at risk. “For every Black woman who reports rape, at least 15 Black women do not,” Monet says. “We can go down the list and see the impact that sexual violence and harm and abuse has had on Black women primarily, but on women across the world.”