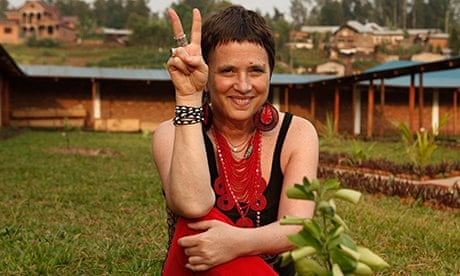 One Billion Rising: the 2014 campaign to end violence against women (December 2013)

There have been many victories, but still the violence continues. The refusal to hold perpetrators to account is a ‘global plague’ – and this year the campaign will focus on justice.
For 16 years I have spent most of my time thinking about violence against women and girls. I have travelled to over 70 countries and listened to the stories of women in war time and in their everyday lives. I have sat in the dark in Jalalabad, Afghanistan, while women showed me, by flashlight, lashes on their ankles from the Taliban; I have sat in a homeless shelter in New York City where a young woman showed me cigarette burns on her body after being held captive by a man for two years in a subway cave; in a restaurant in Pakistan with a women whose face had been melted off by acid; and in an upscale cafe in Manhattan where a young woman told of being drugged and raped by her best friend while at an Ivy League college. I have been seven years in the Congo listening to story after story of the most grotesque and inhuman violations rendered on women’s bodies during a war for minerals.
Read more on The Guardian