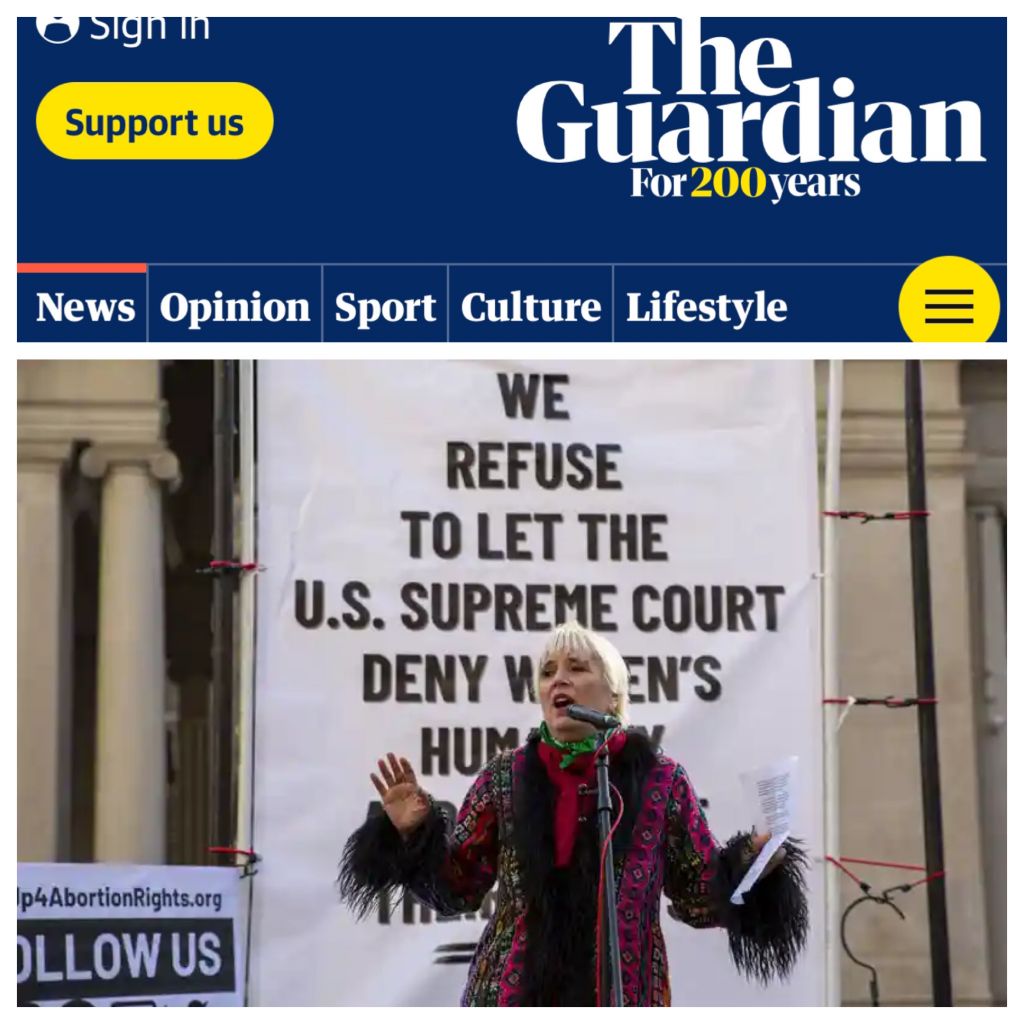 When I heard the news that the supreme court was poised to overturn Roe V Wade I thought: no, fucking no. The supreme court does not represent the majority of Americans – who support abortion – and it has no moral authority to control women’s bodies.

I have been getting emails all day and night from women around the world who are panicked, raging, saying this cannot happen in the US, for if it does, it will catalyse and amplify the rightwing misogynist project that is taking away the rights of women everywhere, having a devastating impact on their lives and now escalated during the pandemic. If we allow the erasure of this central right for women, it will escalate the erasure of them all.

It is absurd for this country – with one of the highest maternal mortality rates and no paid maternity leave – to be forcing childbirth on women. And there is also no accountability for the people impregnating women – which is because this is not about babies, it is about destroying women’s agency and autonomy. And we know that this will most harshly affect the lives of Black and Brown women and marginalised people.

That this ruling appears engineered by three Republican appointees to the court – Brett Kavanaugh and Clarence Thomas, two accused predators (both denied the allegations), together with avowed anti-abortionist Amy Coney Barrett, is no surprise.

We are seeing the greatest pushback of rights I’ve experienced in my lifetime. Those of us who have fought to live in a world where women have choices and bodily independence know that the patriarchy is endlessly aggressive and brutal. If we are not radical, bold and vigilant, rights are destroyed.

Young and old people – those who have never lived without Roe v Wade and those who have – need to join together now and rise up – this is our future. Forcing women to have a baby is a form of control and violence. This MUST be a wakeup call, the alarm where we take to the streets and stay in the streets until this patriarchal madness ends.

READ MORE ON THE GUARDIAN