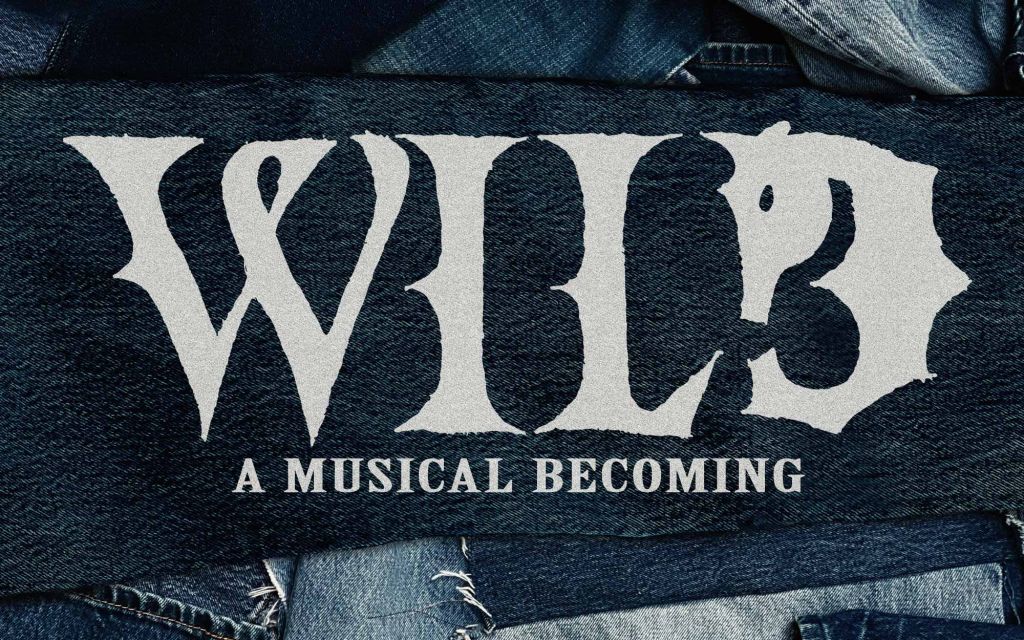 In A.R.T.'s 'WILD: A Musical Becoming,' children face off against adults in the climate change fight - WBUR Review

They want their future back.

The chorus of children in “WILD: A Musical Becoming” (now through Jan. 2) is concerned about climate change and the fate of the planet and they want the adults to do something about it. Now. This exuberant fable, an American Repertory Theatre (A.R.T.) world premiere, centers around Bea, a single mom trying to manage a farm and connect with her teenage daughter, Sophia, in the town of Outskirtsia. Bea, portrayed by Tony Award-winning actor Idina Menzel of Disney’s “Frozen,” and Sophia (TV actor and singer YDE), are trying desperately to harvest a good crop, but soon the audience learns through song that nothing will grow.

Clad in patched denim and plaid, the townspeople of Outskirtsia, some with scripts in hand, share their plight. The audience meets Sophia’s friends Possible and Forte, Mayor and Mrs. Maybe, Oak and the ever-crabby Mr. Rail. While the farmers try to figure a way out of trouble, the youth in the town focus their energies on learning about the Anthropocene period and all the disappearing flora and fauna of the world from their teacher Oak (Broadway actor Brittany Campbell). Campbell sings to them about what’s happening across the globe and lets them know that many species go extinct every day. But what they learn scares them, especially Sophia. That’s when she and her friends embark on a magical journey to teach the adults — who are tempted to lease their land to the “Extractacals” — why it’s essential to care for their land and the world at large.

The premiere of “WILD: A Musical Becoming,” under the direction of Diane Paulus, is the work of playwright, activist and author V, formerly Eve Ensler. The Tony and Obie Award-winning V’s work includes the groundbreaking “The Vagina Monologues” and “In the Body of the World,” which explores a personal health scare. Much of Ensler’s work, both her plays and her activism, focuses on the human body and provides audiences a space for discovery and discourse. But, this piece focuses deeply on the planetary body, Earth, our home, and our connection to everything.

“WILD” sends a clear message with about as much subtlety as Spike Lee’s calling out colorism and more in “School Daze,” where characters scream, “Wake up!” But it’s understandable. According to a global climate report from the National Oceanic and Atmospheric Administration (NOAA), January 2021’s land and sea temperature were the warmest on record since 1880, and a 2019 United Nations report says “the rate of species extinctions is accelerating, with grave impacts…”

It’s no secret that the world is in danger and the performers in V’s musical sound the alarm, begging people to galvanize and fight for the planet. Even off the page and stage, the creative team aspires to make green decisions. The costume design team points out that “jeans are one of the most pollutant garments to fabricate,” so they ventured to thrift stores and warehouse sales to purchase used garments when creating the costumes. There were no hard copies of programs handed out. Instead, QR codes were displayed so folks could use their phones to scan for a digital version. Additionally, the A.R.T. lists partner organizations in the battle against climate change and offers resources to help audiences become climate advocates.

The story — which is sure to morph over time if its name holds true — rings with urgency and altruism and gets spurred along with the music of Grammy-nominated songwriter Justin Tranter (who has worked with Ariana Grande and Lady Gaga) and Caroline Pennell (Demi Lovato, Selena Gomez). I’m partial to musicals, but the songs are catchy and memorable and the voices — including YDE’s Sophia, whose “Dear Everything” brought a nearby show-goer to tears — are remarkable.

Paravi Das (Forte) is another force to reckon with. Das is an online star with millions of TikTok followers and YouTube views, and for good reason. Her rich timbre lends a grounded warmth to whatever she sings and she is a gifted performer. Mr. Rail’s son Bicker, played by Michael Williams, stuns when it’s his moment to shine.

A couple of times in this performance, the band overpowered the singers and the energy felt low in “Promises,” but overall, the music is stellar. Fist-pumping audience members danced in their seats and yelled throughout the show. What’s more, the addition of the Boston Children’s Chorus adds a youthful buoyancy to the production and Menzel’s unique cutting vocals soar in her rendition of the title song. (Menzel has committed to performing as Bea through Dec. 23.)

Though some might be jolted by the fantasy-driven turn and the ending, which feels a little undone, the show is a fun, clean option for families to enjoy. The storyline, anchored in the very real battle to save the Earth, coupled with exciting original songs and a talented cast, should make “WILD: A Musical Becoming” a viable, resonant narrative for years to come.