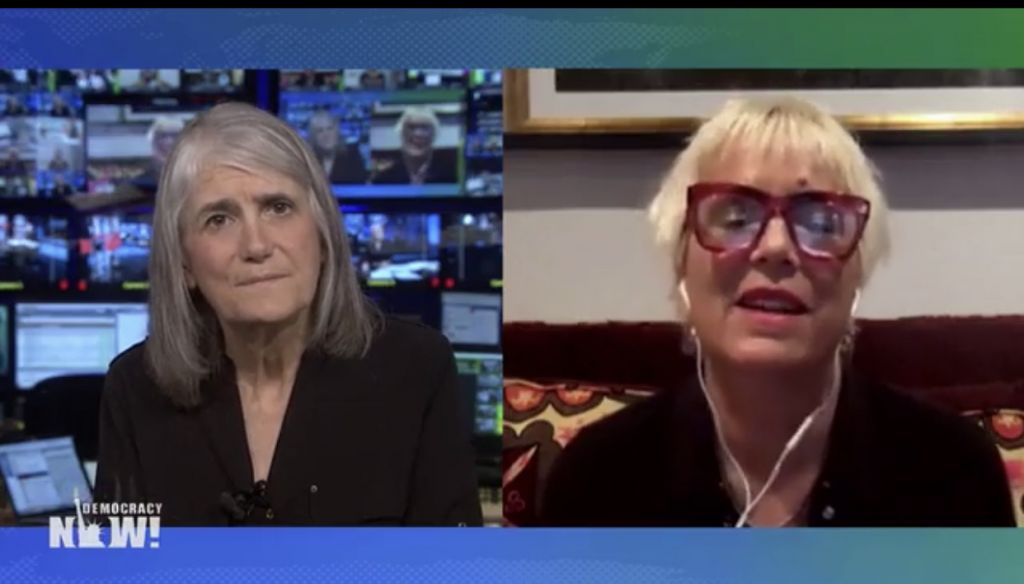 Democracy Now: Rise for and with the women of Afghanistan

The Taliban are already restricting women’s rights in Afghanistan — just a month since they overran the capital of Kabul — by blocking female students from returning to schools and universities, and telling many women workers to stay home. The new Taliban government has closed the Ministry of Women’s Affairs that was established soon after the Taliban were toppled in 2001, and replaced it with the Ministry for the Propagation of Virtue and Prevention of Vice, ​​charged with enforcing strict Islamic law. Former Afghan Member of Parliament Belquis Roshan calls for international solidarity with the women of Afghanistan and an end to imperial interventions in the country. “International solidarity, we can initiate … by creating harmony and unity and working together — not with governments, but the people,” says Roshan in an exclusive interview with V, the award-winning playwright formerly known as Eve Ensler. V joins us along with Madinah Wardak, a mental health social worker of Afghan descent and founder of the digital platform Burqas & Beer, ahead of a global day of action in support of Afghan women.