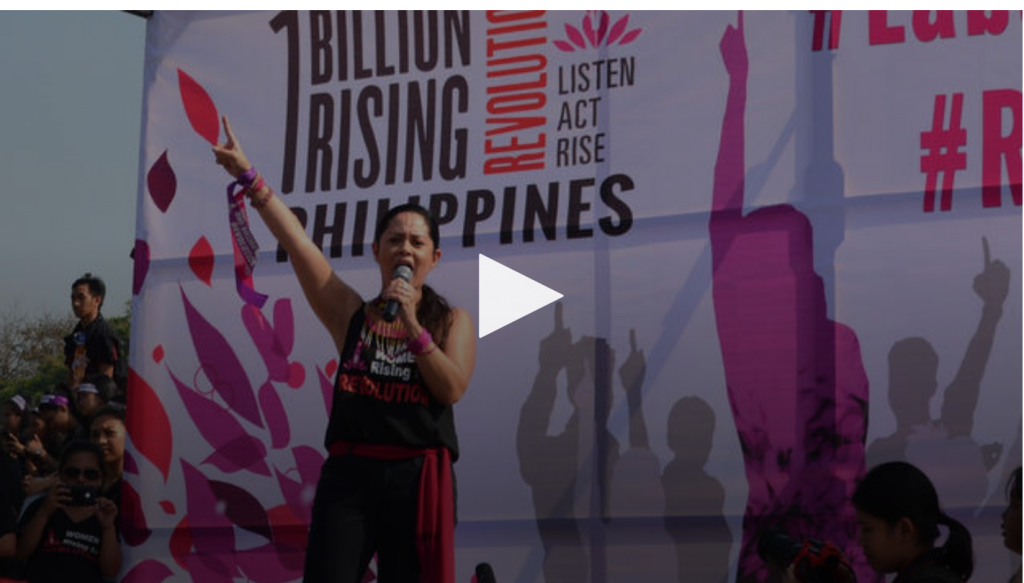 V-Day to Earth Day: How Women in 70+ Countries Are Rising to End Violence Against Women & Our Planet

Valentine’s Day kicks off a campaign by feminist leaders in 70 countries across the world to celebrate One Billion Rising, an initiative by V-Day to end violence against women — cisgender, transgender and gender nonconforming — girls and the planet. ”COVID has ushered in a very strange and perplexing time for women. We are on the frontlines everywhere,” says V-Day founder V (formerly Eve Ensler). The campaign seeks to resist “the broken systems of capitalism and neoliberalism,” as well as the fascist governments upholding these broken systems, says Monique Wilson, global director of One Billion Rising who is based in the Philippines. The campaign repositions “women from being victims to being active agents in protection of their rights,” says Africa director Colani Hlatjwako, who is helping organize community-based protection sites for women and girls in their home country of Eswatini.